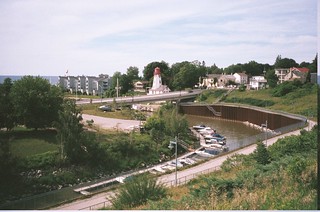 First of all, welcome to my blog following my adventures in film photography as I move more and more into shooting film. Film photography has been making a comeback as of late thanks in part to companies like Lomography and Japan Camera Hunter, and various blogs like PDExposures and Shooting Film becoming more high profile, as well as a large variety of Youtube channels that either focus on film photography, like Matt Day Photo, or feature film related segments, such as DigitalRev TV, and also the “hipster” movement. With all that, a lot of nostalgia and some help over the last couple of years from friends, online and locally I have decided to start a return to serious film photography.

This adventure actually started around two years ago when I picked up three cameras at a yard sale for $5. I had seen an old Agfa Optima1a at the local Lion’s Club yard sale and offered them $5 for the camera, not knowing what it was, when all of a sudden one of the workers came up to me and handed me two more and said just take them. The other two were a Pentax Espio 80v and a Yashica point and shoot. I kept the Pentax and Agfa and got rid of the Yashica because it was gummed up. Later in 2013 I received a Canon AE-1, from a friend on Twitter, to replace my old one which had jammed up around ten years prior. Since then I have acquired several different film cameras including a Nikon FE, Minolta XG1, a Canon WP-1, and even an old Kodak Instamatic.

That is all and good, but in my opinion, why collect cameras if you’re not going to use them. So in this blog I will be featuring most of the cameras in my collection minus two that don’t work and the Instamatic which uses 126 film which isn’t available anymore. Along with featuring specific cameras from my collection I am going to discuss why I still like to shoot film, why I think everybody should shoot film along side their digital cameras, and give tips and advice on getting started in film photography.

One thought on “Welcome to My Adventure in Film”